I quickly recharged my phone and went back to playing my candy crush.
Few mins later as predicted, he called
"Did you get the card"? He asked.
" Oh, have you sent it. Sorry jare. I've not checked my phone. Oya drop lemme check and call you back" I replied.
I went back to my game jare. I needed to finish the level I was in. Moments later, he started calling back. By this time, I was smiling sheepishly; probably "feeling" myself.
When I was sure I had played to my satisfaction, I decided to call back.
"Na wa o", he had said immediately he picked the call.
" Calm down there jare. I was busy" I teased.
He laughed.
" So what's up? You said you wanted to tell me something" he asked, rather agitatedly.
"Guy, your blood dey hot o" I jokingly said. He muttered a "hmmm" sound.
" Anyways, your wife, abi na fiancee called me and threatened to kill me if I don't leave you alone" I continued.
"Which wife abi fiancée"? He asked laughing hysterically.
I decided to tell him everything, leaving no details out. He was quiet for a while.
" You no wan talk anything"? I asked, breaking the silence.
"Hmmm... Na wa o. I'm really sorry. I'll fix this". He sounded really emotional.
"Well, while fixing " this", you better fix that girl's life. 9 years isn't 9months. It's not fair" I had replied.

He opened up, telling me he wasn't sure he was going to marry her. That they weren't compatible, and that in fact he had gone through a lot because of her... Blah blah blah.
I had known Michael for over a year now. A very fine man... Very fine. He's a definition of "intelligent". In our friendship, I had made him so comfortable that he told me almost everything... Well, I'll stop here.

Now I wanna make a point from this story. To all those girls/women fighting another woman over a man, you all have to put a STOP to that nonsense. Most times your relationships are already over before you even say " it's over". If its not making you happy or better, please LEAVE. In as much as its difficult, a toxic relationship will mess up your head. It doesn't have to be physical abuse; an emotional and mental abuse could do more damage. Don't stay in an abusive relationship just because you are scared of being alone. It doesn't matter how long you've been together. Sometimes its the pressure you put on him that makes him stay with you. Sometimes its the guilt of leaving you that still keeps him with you. This is why you need to give them some space to explore his choices. You don't have to be his first choice but you can be his best choice. Always use some time to develop yourself. Find something you can fall back to because he might not always be there. Read books, motivational books, play games, join groups that will help boost your self esteem. Develop a great sense of humour. You'd be surprised that you can handle a lot of shit life throws at you with just some sense of humour and sarcasm. Above all let your goal be "self love" because at the end, it's just you against the world

Sometimes the ones you term "side chics" ain't actually the enemies here. They are sometimes the ones that keep your "man" sane... And I don't mean sexually. Now tell me, how is it that the "side chic" actually knows more about you but you know little about her? You are the main chic but he confides more in the side chic. He feels comfortable telling the SC a lot of things about you but he never feels that way telling you about her. The side chic understands the kind of relationship she has with him, so she keeps to her lane. She doesn't put pressure on him. She doesn't nag when he doesn't pick up his phone. She yabs and laughs at his shortcomings. She calms him down when he's agitated and still pushes him back to you when he's at peace with himself. The side chic understands her place in his life.

Don't be worried if she's only giving him sex. Be worried if she's giving him Peace, comfort and a safe abode. Seems like these chics always have more to offer. What have you? A bleached skin? Fine face? And probably plenty bed sheets? Oh please!! Up your game... Get some skills outside the bedroom.

Sometimes you just have to be the main chic as well as the side chic.

And you men... Today is your lucky day.
Lol.

Have a nice week. 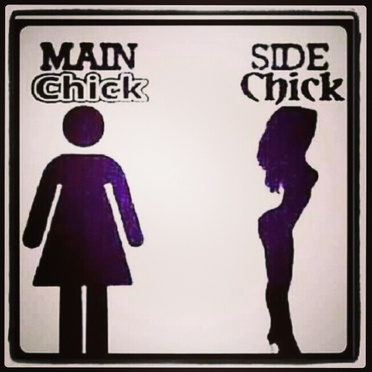 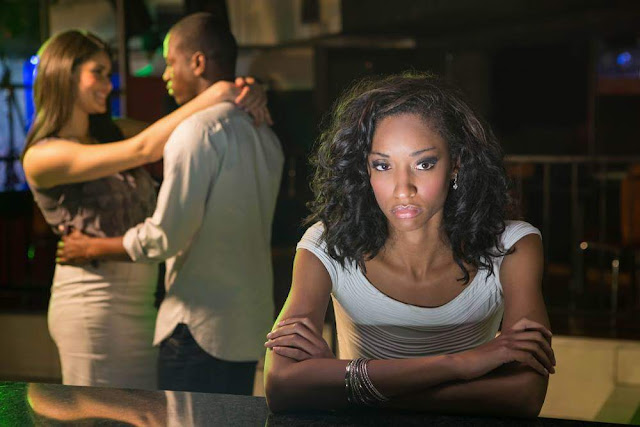