Hollywood actress Angelina Jolie has filed for divorce from her husband Hollywood actor Brad Pitt, according to TMZ.

In the divorce papers filed on Monday Jolie said it was due to irreconcilable differences, and is asking the court to grant her full custody of their six children.

The couple who have been together since 2004 married in August 2014.

It is believed that Jolie is filing for divorce due to Pitt’s relationship with their children, and not because of a ‘third person’.

Sources say the actress got tired of Pitt’s usage of weed, alcohol consumption, and his anger issues.

Jolie requires no spousal support, and wants full physical custody of the children, and is willing to share legal custody with Pitt. 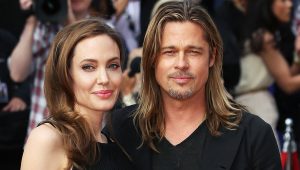