Relationships nowadays involve more than two persons of opposite sexes. It now involves one male, one female, one hoe, one side chic, one Ex trying to mess it up and one friend secretly hoping it ends.
Partnership is now mistaken for relationship. People are now confused about what they are into.
Below are different types of relationships to help you update your status:
1. In a relationship: This is a "serious" relationship between a two persons that love themselves. This type usually leads to marriage or... A break up.

2. It's complicated: Just as the name implies, it's actually complicated to explain but I'll try.
This is usually an on/off relationship, an undefined relationship or a relationship that is over but one party has refused to let go. Other times, it starts off with "let's just be friends and see where it leads" while you continue having sex. Well, sex can be the final destination in this case. At a point of person gets so involved and begins to think they are actually in a relationship.

3. In an open relationship: A lot of people believe this type involves two persons who agree to be "dating" (people prefer to use "dating" instead of "having sex") but are free to " date" other people. In my own little opinion, I think almost everybody is involved in this type of relationship. Infact, this is the relationship in vogue.

4. Single: A typical Nigerian man becomes single when he needs to mingle with another specie of women. I wonder how 85 percent of these men is single and 80 percent of the women is in a relationship. With who? Who is deceiving who?. Which brings me to this conclusion: whoever isn't married, is single! No other relationship status matters!

5. Friends with benefits: This is the type where one person gives sex and the other gives money or other goodies in return. It's a business transactions with high negotiate techniques. There's usually an understanding between the persons involved.
Surprisingly, this type of relationships get too serious and end up in marriage. 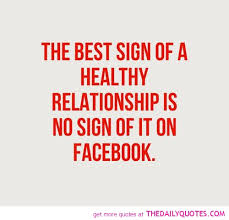